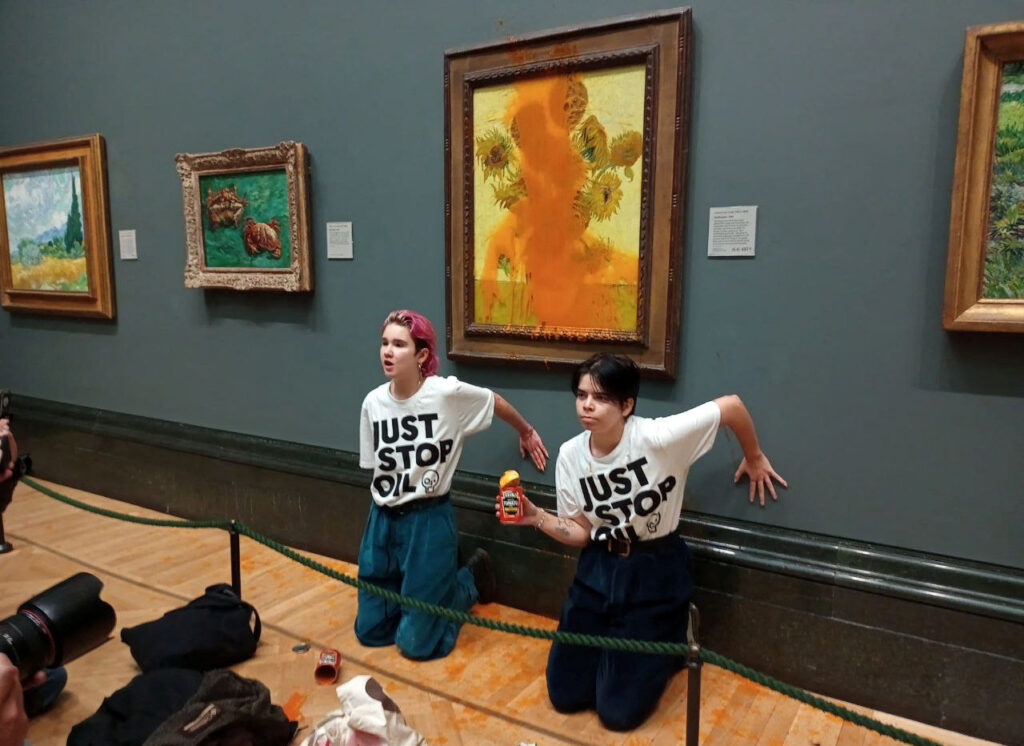 The group Just Stop Oil, which wants the UK government to stop new oil and gas projects, said activists threw two cans of tomato soup at the oil painting, one of the most iconic works by the Dutch artist. The two demonstrators also glued themselves to the wall of the gallery.

The soup spattered the glass covering the painting and its gilded frame. The gallery said “there is some minor damage to the frame but the paintwork is unscathed”. The work is one of many versions of “Sunflowers” that Van Gogh painted in the late 1880s.

“Specialist officers have now removed them and they have been taken into custody at a central London police station,” the force said in a statement.

Just Stop Oil has drawn attention and criticism for targeting artworks in museums. In July, Just Stop Oil campaigners stuck to the frame of Leonardo da Vinci’s ‘The Last Supper’ at the Royal Academy of Arts in London, and John Constable’s ‘The Hay Wain’ at the National Gallery.

Activists also blocked bridges and intersections across London during two weeks of protests.

The wave of protests comes as the UK government opens a new round of licenses for oil and gas exploration in the North Sea, despite criticism from environmentalists and scientists who say the move undermines the country’s commitment to tackling climate change.