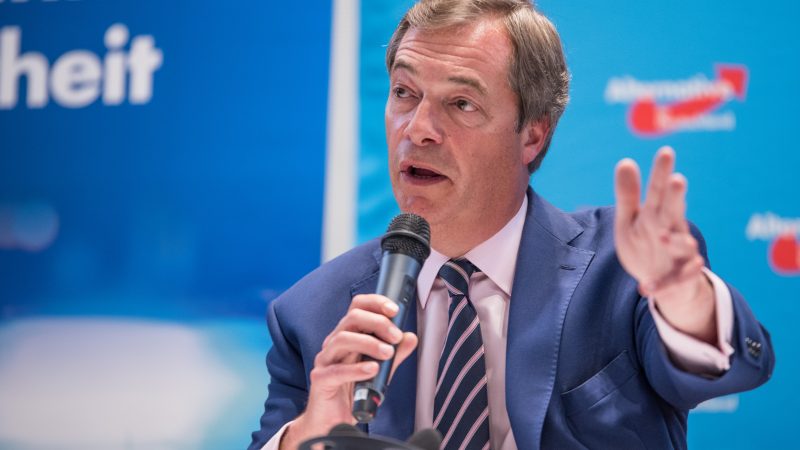 The Labor Party has expressed concern over backbench MP Graham Stringer’s plans to join an anti-net zero event with former UKIP leader Nigel Farage, who appeared to blame the war in Ukraine on NATO actions.

The net zero referendum event, due to take place in Bolton on March 26, is being organized by campaign group Vote Power Not Poverty. Other speakers include broadcaster Julia Hartley-Brewer and Reform Party leader Richard Tice.

Update, 3 p.m.: work list sources indicate that Graham Stringer has told party members he will not be attending the event.

The Labor leadership has taken a tough stance towards its own MPs over criticism of NATO since the Russian invasion of Ukraine. It is understood that his concern is with Farage’s views on NATO, rather than the event’s stance on net zero.

A Labor spokesperson said: “The Labor Party unequivocally condemns Russia’s aggression against Ukraine and is unwavering in its support for the people of Ukraine, and we have been clear about our views on Labor MPs sharing platforms with those who do not share this point of view.

A group of 11 Labor MPs on the left of the party initially signed a statement from the organization Stop the War which criticized NATO expansionism. Following the Russian invasion of Ukraine and pressure from the Chief Whip, all MPs withdrew their signatures.

Farage claimed that the invasion of Ukraine was caused by the West’s stance on Russia, Tweeter that it was “a consequence of the expansion of the EU and NATO, which came to a head in 2014”.

During an appearance on GB News, he said: “Yes, we know the Russian can be paranoid, but why poke the Russian bear with a stick? If Vladimir Putin’s only demand is that we clearly state that Ukraine will not join NATO, why don’t we?

The Labor left criticized Stringer’s planned appearance based on his views on climate change clashing with those of the party, pointing out that he supported fracking.

“We have vast reserves of gas under our feet here in the North West and only half the oil under the North Sea has been extracted. When questioned, government ministers always say energy security is their top priority. Their actions tell a different story,” the MP recently told the Courier on Sunday.

Momentum co-chair Gaya Sriskanthan said: “Graham Stringer’s embrace of climate denial is a stain on the Labor Party. By supporting fracking and joining concerted right-wing attacks on climate action, alongside obnoxious figures like Farage, Stringer is out of step not just with labor politics, but with the country as a whole.

“Keir Starmer should publicly ask Stringer to step down from this rally, end his support for fracking, and commit to stop denying climate science. Or is it one rule for left-wing Labor MPs and another for right-wing MPs like Stringer? »

Stringer was one of two MPs who voted against the decision to accept the 2013 conclusion of the Intergovernmental Panel on Climate Change that humans are the “dominant cause” of global warming.

work list contacted Stringer for comment and asked if he still intended to join the rally as it is believed the MP for Blackley and Broughton may pull out of the event amid criticism.

Do you appreciate our free and unique service?

LabourList has more readers than ever – but we need your support. Our dedicated coverage of Labor politicians and personalities, internal debates, selections and elections relies on donations from our readers.