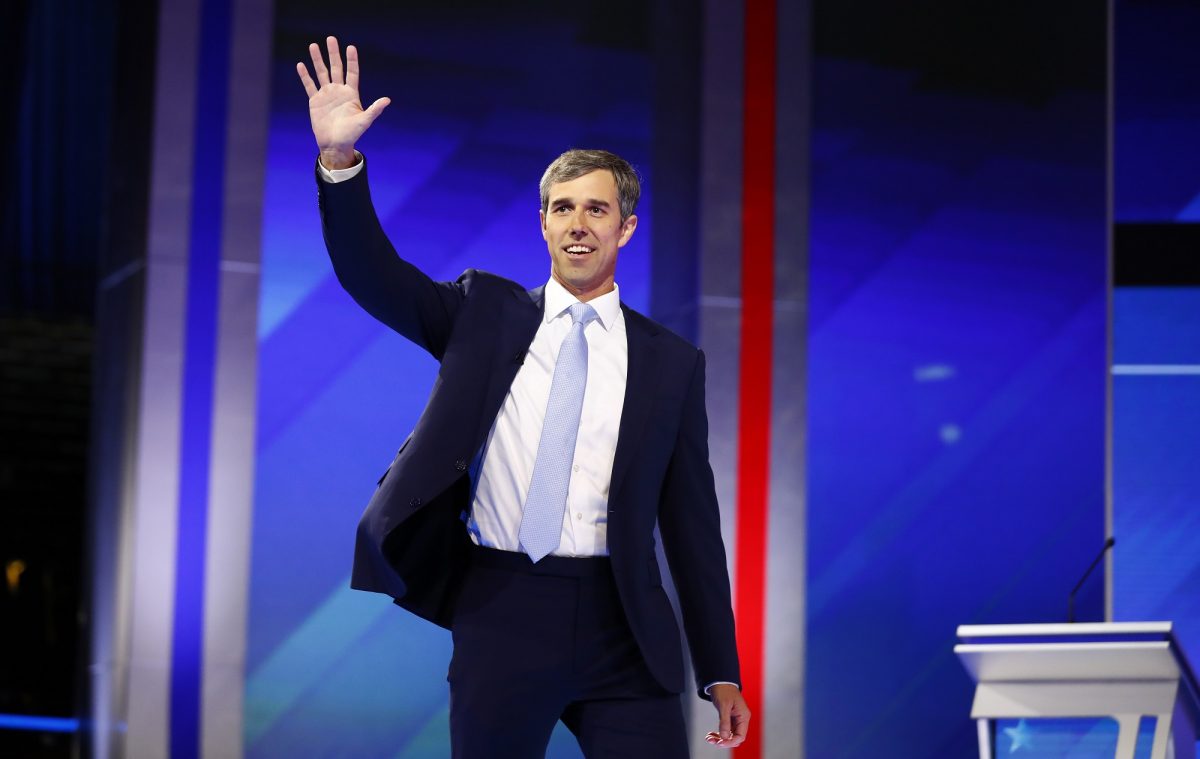 Texas Democratic gubernatorial candidate Beto O’Rouke told other party members on Friday that his coffers were full and his polls were up, giving his campaign a much-needed boost against the Republican Governor Greg Abbott.

O’Rouke, the keynote speaker at the Texas Democratic Convention in Dallas, said he raised $27.6 million from late February to June 30 and gained 10 points in the polls against Abbott, in delight of the delegates.

“Greg Abbott is chaos; he is corruption; it is cruelty and incompetence,” O’Rouke said at the convention.

The convention, which began July 14 in Dallas, will allow delegates from across Texas to vote on the party platform and elect party leadership. Democratic leaders at the convention focused on their plans to win more state and national seats by running on progressive ideas. Democrats are also working to get South Texas Latinos to vote blue.

While O’Rouke’s fundraising efforts broke a record, Abbott nearly matched it by raising $24.9 million over the same period, according to his campaign.

Abbot had $45.7 million in cash as of June 30, while the O’Rourke campaign did not disclose its figure. Most polls believe O’Rouke is gaining ground on Abbott, with several showing Abbott with a mere 5 or 6 point lead.

O’Rourke opposed what he called “voter suppression legislation” supported by his opponent. He endorsed a political platform for open borders, pushed for the expansion of government health care, and championed gun control, abortion rights, and transgender rights for children.

In his address to delegates, he accused Abbott of turning his back on police by allowing Texans to carry guns outdoors under constitutional rule.

“More cops have been shot in this state than in any other,” he said.

O’Rouke has also made it clear in the past that he is in favor of defunding the police and once praised Black Lives Matter for its efforts to do so.

O’Rouke is now also making the Texas power grid a campaign issue. He wants green energy to replace oil and gas in Texas.

During his speech, he lambasted Abbot for the Texas power grid outage during the Uri winter storm last February. His solution is to connect the Texas independent grid to the national grid. He wants to move to high-paying union jobs in green energy and eliminate oil and gas jobs in Texas.

However, during the storm, part of the problem was caused by frozen wind turbines, which stopped producing electricity. Texas gets more than 20% of its energy from wind power.

O’Rouke also attacked Abbott during border “stunts”, such as using the state National Guard to help secure the Texas border. He added that Texas is a state of immigrants who make the state a better place.

Abbott’s campaign materials say his opponent wants everything but eliminate illegal immigrant detention and grant citizenship to illegal immigrants who are already in the country. Republicans speculate that Biden’s open borders policy is designed to capture for the Democratic Party more votes from immigrants, primarily Hispanics, as the party’s policies more easily grant citizenship to migrants, including those who enter illegally.

O’Rourke will go on the campaign trail before the November election. Abbott plans to hunt down his opponent with the Beto Truth Response Unit, which was in Dallas during the Democratic Convention.

US criticized for using international cooperation platform to pressure other countries