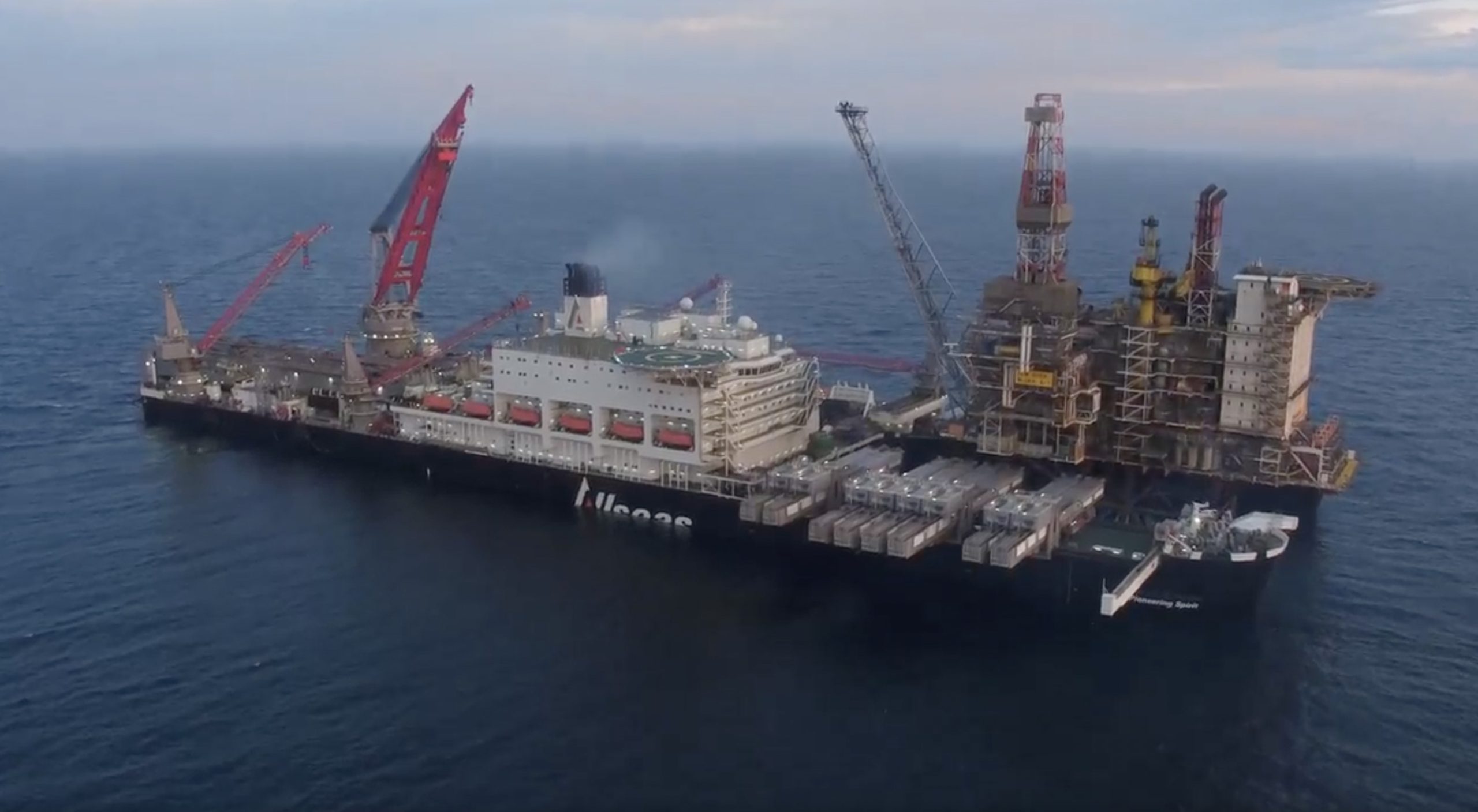 Allseas’ Pioneering Spirit has completed the dismantling of Repsol Norge’s Gyda platform. Repsol obtained permission from Norway’s Petroleum Safety Authority for the removal and disposal of the rig last September. The removal and transport of the entire Gyda platform took 12 days and was completed on July 19, 2022.

Located in the southern Norwegian North Sea, the Gyda offshore oil rig was in use between June 1990 and 2018. The 18,400 tonne rig topsides and 11,500 tonne support liner were removed by the Pioneering Spirit, a catamaran crane vessel owned by Switzerland. based at the Allseas group.

A record lift by a record ship

The Pioneering Spirit is the largest construction vessel in the world, with a surface lifting capacity of 48,000 tons and a jacket lifting capacity of 20,000 tons, with six lifting blocks of 5,000 t each. By deploying both revolutionary single lifting systems, the Jacket lifting system and the Topsides lifting system, the vessel was able to perform an 11,500 ton, jacket lift, one of the heaviest in history. , and dismantle the platform in a few days. The structure was then delivered to a shipyard in Norway for recycling.

Allseas has released a video of the project which can be viewed here: