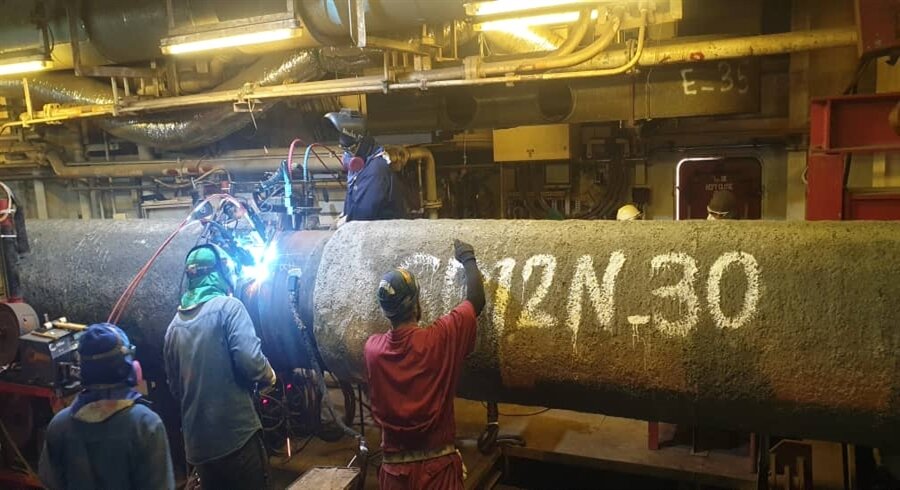 TEHRAN – The subsea pipeline laying operation of the first platform gas transmission line from South Pars Phase 11 in the Persian Gulf to the onshore refinery has been completed, Pars Oil and Gas Company (POGC) announced. ) who is in charge of developing the field.

As reported by the POGC portal, the gas transmission line pipelaying operation from platform 11B which started on July 28 was completed on Friday August 12.

This operation included the installation of a 32-inch undersea pipeline for the transport of sour gas and a 4.5-inch mono-ethylene glycol injection pipeline, both approximately 15 kilometers. The pipelines are connected to South Pars Phase 12 Platform 12C Offshore Pipeline to transport sour gas from Platform 11B to the mentioned Phase Onshore Refinery.

The pipeline is being constructed to transfer 28 million cubic meters of gas produced on the South Pars 11B platform to the onshore Phase 12 refinery in the Pars 2 Kangan region.

When fully developed, the South Pars Phase 11 project will have a production capacity of two billion cubic feet per day or 370,000 barrels of oil equivalent per day. The gas produced will be injected into the Iranian gas network.

Iran had previously entrusted the development of phase 11 of the project to a consortium made up of France’s Total, the China National Petroleum Corporation (CNPC) and Petropars, a subsidiary of the National Iranian Oil Company (NIOC), but Total and CNPCI withdrew from the project in 2019 due to US sanctions.

Currently, Petropars is developing the Phase 11 project after its partners left the contract.

South Pars is the largest gas field in the world, covering an area of ​​3,700 square kilometers of Iranian territorial waters.

The giant field is estimated to contain a significant amount of natural gas, representing around eight percent of global reserves, and around 18 billion barrels of condensate. The field is divided into 24 standard phases.

Rohingya tell their stories on canvas