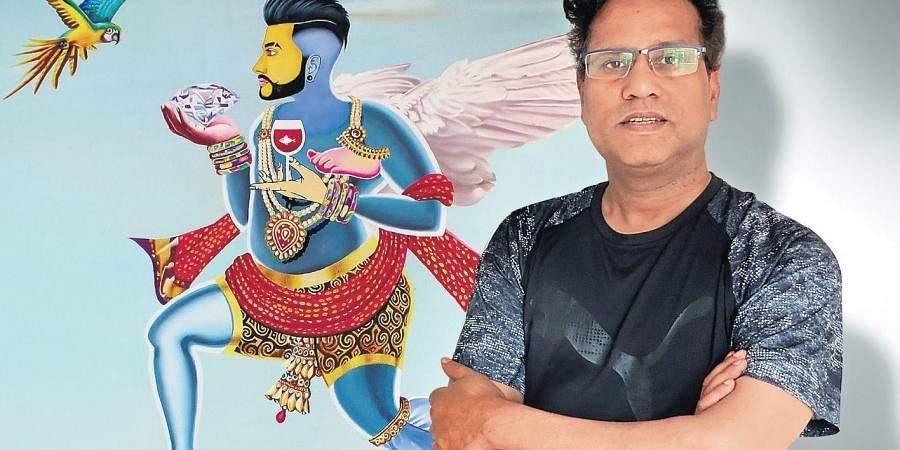 It was while painting that artist Suraj Kumar Kashi felt the characters on his canvas come to life. “They started to fly and dance in front of my eyes! It was an exciting time for me to see that my own creation was not even under my control, ”he says. It is not magic. It is the form of abstract art known to the world as surrealism, of which this artist from Bihar is a prominent representative.

Few Indian artists choose this genre, but Kashi thinks it is a natural fit for him. “As Indians, we grew up with surrealism around us. We see Lord Ganesha with the elephant head, Lord Hanuman in monkey form, gods and goddesses with many faces and arms. Surrealism also shines through in the stories we listen to, with talking animals and humans flying. It is everywhere, in our homes, in folklore and even in our dreams. I grew up listening to these stories and they are reflected on my canvas, ”he says.

His latest exhibition, titled To Be or Not To Be, shown at Arushi Art Gallery in Delhi, is a collection of 18 of his oil and acrylic paintings on canvas. Each was painted when the pandemic locked them in their home in Noida. The paintings have a vividness of color and form à la Dali, presented in a typical Indian mold. Kashi places the multi-limbed and multifaceted revered beings of ancient mythology in modern roles and lifestyles. His women are adorned like goddesses as they perform mundane daily activities, and his backdrops are generous with their use of bright colors, striking patterns, flowers, and other elements of nature. The effect is a positive and hopeful take on life in a concrete jungle.

Kashi’s education in a small town and his dreams of a big city shine through in his work. It is as influenced by myths as it is by the culture of shopping centers and the metropolitan way of life of India. As he prepares for his next exhibition, which will consist exclusively of installations and interactive works of art, he says, “I start painting with a central figure and everything else just keeps adding up to make of my works a visual history. My symbols and designs contain their own stories. His living paintings are indeed the testimony.

Painter Cannon Dill: “I almost have to beat the canvas like a drum”