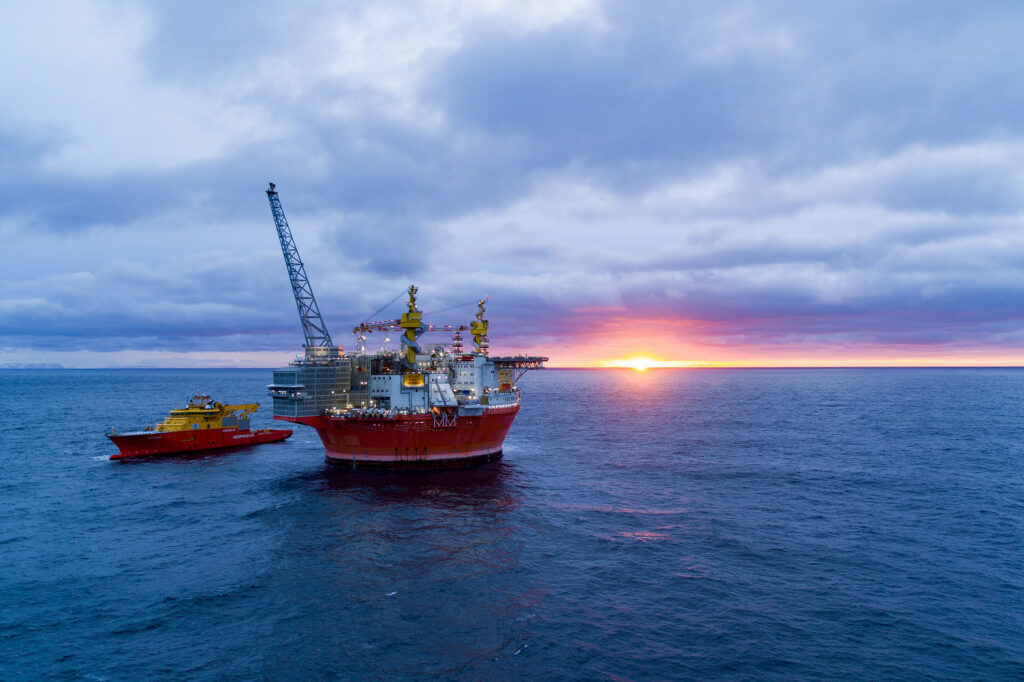 Norwegian oil and gas company Vår Energi has awarded a long-term framework agreement to Hammerfest-based Oss-nor for valve services on an FPSO in the Barents Sea.

Vår Energi revealed last Friday that it has awarded Oss-nor a framework agreement for valve service, covering various engineering tasks related to the maintenance, monitoring and testing of valves on the FPSO Goliat in the Barents Sea.

Steffen Varpehead of Vår Energi’s Hammerfest office, remarked: “We have a well-established relationship with Oss-nor and we are happy to now ensure the continuity of the services that are important to us. Their local presence at Hammerfest provides a good framework for close cooperation. In addition, we have the possibility to secure activities and jobs in Finnmark.

The framework agreement is for five years and includes two annual one-year extension options, which, if exercised, would allow Oss-nor to provide valve services to the Goliat platform. for a total of seven years, starting July 1, 2022.

Industry and Public Affairs Coordinator of Vår Energi, Kaj Gunnar Dahlhas explained : “Oss-nor has a good organization for apprentices and makes an effort on local recruitment and skills building at Hammerfest. Their approach aligns very well with our principle of creating opportunities and ripple effects where we are present.

Located in the Barents Sea, 50 kilometers southeast of the Snøhvit field, the Goliat field in production license 229 lies in a water depth of 360 to 420 meters. Originally awarded on May 30, 1997, the license was extended until May 15, 2042. Vår Energi is the operator of the license with a working 65% stake and its partner is Equinor with the remaining 35%.

The Goliat field was discovered in 2000 and the development and operating plan (PDO) was approved in 2009. Developed with a cylindrical floating production, storage and offloading (FPSO) facility, the field comprises eight models submarines with a total of 32 well slots are attached to the FPSO.

According to Vår Energi shareholder Eni, the FPSO Goliath undertook a 63-day voyage around southern Africa before arriving in the Barents Sea in the spring of 2015. This Sevan 1000 floating unit is a 64,000-ton platform, 107 meters in diameter, with 14 mooring lines and a production capacity of 100,000 bpd.

While Vår Energi works to reduce CO2 emissions, Goliat is powered by electricity from land via an undersea power cable, as well as energy generated on board the platform. Production from the Goliat field started in 2016.

In September 2021, a cooperation agreement was signed to assess the feasibility of the Barents Blu-Ammonia project, which foresees the monetization of gas production at the Goliath field through the production and marketing of blue ammonia. The CO2 captured in the process will be transported and stored in a depleted offshore field.

Based on Vår Energi’s results for the first quarter of 2022, production from the Barents Sea region (Goliat) was 26.7 kboepd in this quarter (11% of total production), compared to 27. 4 kboepd in the previous quarter. The firm pointed out that production from Goliat was slightly lower than the previous quarter due to the decline in natural wells. The company also revealed that it was preparing for a three-week turnaround, which is expected to begin in late May.

Regarding the latest activities of Vår Energi, it should be noted that the Norwegian player is part of a group that was granted a CO2 license in April 2022 by the Norwegian Ministry of Energy. The license is located in the Barents Sea.

How to stretch a canvas and prepare for oil paints