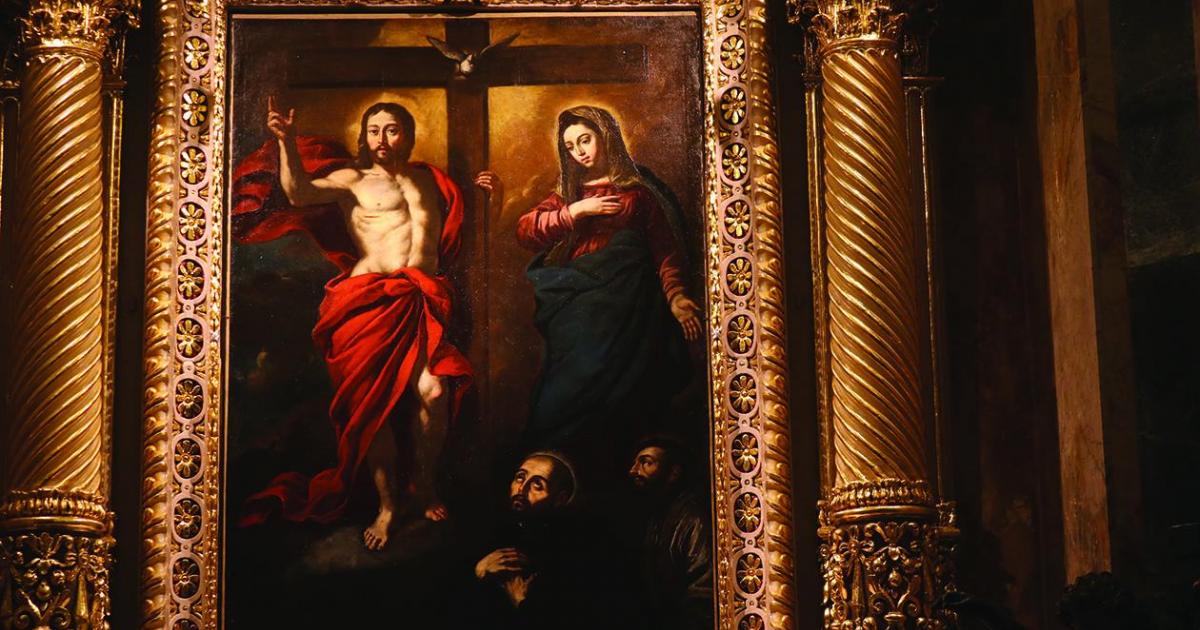 An important 17th-century painting found in St. George’s Basilica in Victoria has been preserved and restored by the restorer, Father Charles Vella.

The painting (oil on canvas, 234 cm by 161 cm), depicting Jesus and Mary (Gesù Marija), is traditionally attributed to Alessio Erardi, but research is underway to determine whether the painter is Alessio or Stefano Erardi. They were two painters from the 17th and 18th centuries.

From studies of the pre-coat and paint loss, it appeared that the original canvas has a closed weave and is made of lines and hemp.

The canvas is in two pieces. The artist’s palette consisted of pigments such as yellow, red, green, blue, sepia, white and black.

The painting was in urgent need of restoration.

Many heavy repaints and interpretations of repainting have been done by previous restorers. This required deep cleaning of thick and dark varnishes, blooming moisture trapped under the varnish, and heavy overpaint. The canvas was also loose and warped by the bad stretching of the old previous interventions.

The stretcher frame has been replaced with a new modern extendable frame with modern technology.

Father Vella’s conservation and restoration treatments have dramatically brought back the polychrome freshness and beautiful composition of a painting by one of the greatest Maltese artists of the 17th century.

The painting received a final coat of varnish with UV protection, reversible and non-yellowing.

Christian Attard was the historian of the project, while the technical photography was by Manuel and Sue Chaintar.

Independent journalism costs money. Times of Malta support for the price of a coffee.