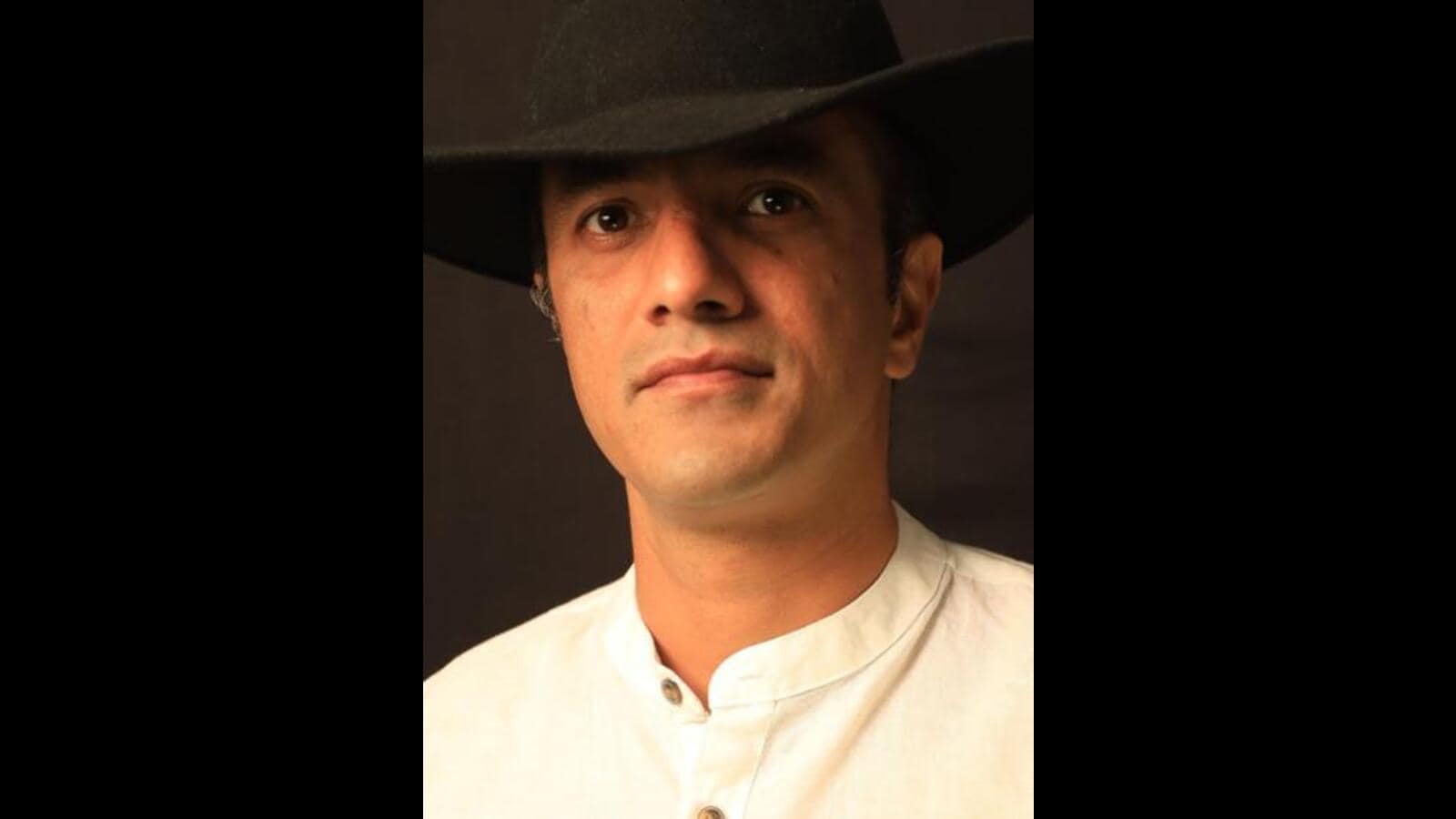 In the politically charged landscape of the valley, an artist has taken to painting deeply sensitive themes on canvas and is carving out a place for himself.

Kunwar Aamir Hameed Wani’s quest to become an artist was not easy, however. From rigid parents who wanted him to do MBBS or engineering to skeptical parents and friends who never supported his choices, he had to fight from the start.

His works in oil and acrylic on canvas and paper are mainly focused on contemporary and abstract forms. His major works center on the pain of Kashmiri Pandit migration and how it left a devastating effect on J&K society. He also brought the Russian Revolution to life and worked on a collection about Jerusalem, a city that has been important to Jews, Christians and Muslims throughout history.

“I painted the life and exodus of Hindus from Kashmir, which had a devastating effect on Hindus and Muslims here,” he says.

“The attempt is to show how the exodus of Hindus from Kashmir overnight caused a huge cultural void in the history of the valley. There may have been elements that fanned this fire, but it is also a fact that no ordinary Kashmiri Muslim was in favor of it,” he added.

“There was no mass hatred as a recent movie would have us believe. There are more examples and stories of love and brotherhood between the two communities. Even now, many Muslims from Kashmir go to Jammu with nuts and lotus roots for their neighbors and Pandit friends,” he says.

Wani, 39, began her artistic career at a very young age. Born in the northern city of Pattan in 1984, his family migrated to Srinagar, the capital of the scenic Himalayan valley, as his school in his village of Goshbug in Pattan closed due to violence that engulfed the valley from the early 1990s and triggered the migration of the minority Pandit community from Kashmir.

His collection on Pandits includes ‘The Migration’, ‘For my burnt house I shed a million tears and sobs’, ‘Colorblind Ghetto’ and ‘Wandhama Massacre’, illustrating the disturbing lives of migrants in the camps. Jammu and the ruin of their homes. in the valley.

“The Wandhama Massacre depicts a faceless child oozing blood from its mouth, a picture of which I saw in a newspaper clipping. I painted to emphasize that a child cannot be killed in the name of a ideology or religion,” he says.

He was affected by the plight of the Pandits early in his life when his kindergarten teacher left his village in the early 1990s and when his father took him to Jammu as a teenager in 2000 to meet her, the visit changed his life.

“We both cried. They lived in Baribrahmana in two rooms in abject conditions unlike the lavish house and vast land they had here,” he says. “After that, I visited the camps and accommodations in Jammu several times,” he says.

Wani also painted the lives of ordinary Kashmiri Muslims and the trauma they faced in the conflict-torn valley. Some of this work was carried out after pellets were used against young people in Kashmir, many of whom lost their sight due to the use of pump guns by security forces against protesters. However, he was hesitant to share these works and removed them from his social media accounts in early 2021 after J&K police arrested a graffiti artist in Srinagar for painting a mural in solidarity with the Palestinian people.

After his class 12, Wani’s father, a fruit farmer, wanted him to do MBBS or engineering and he was forced to take an agricultural engineering course in Maharashtra from where he migrated to Punjab. However, he left the course in the third year and returned home in 2008.

“My dad would tell me every day that I was wasting my time and give me examples of doctors, engineers and teachers from our extended family,” he says.

And that’s when he decided to sell his bike and leave the Valley for work. “I haven’t looked back and decided to do what my heart tells me. Initially, I worked in a BPO in Pune, then moved to Delhi in 2014 to work at American Express, where I gathered savings and bought painting equipment,” he says.

“I read about the history of Jewish and Palestinian art and architecture there, as well as the eras of triumph of Muslims, Christians and Jews, which inspired me to paint ‘abstract art on the spot showing the triumphs of the three communities,’ he says.

However, when he tried to get published in local Kashmir newspapers, he was poorly received. “Editors thought these were contentious themes,” he says.

However, he received his share of success when the works were published in Israel-based architectural and cultural magazines in 2018-19. Since then, he has participated in an international online art exhibition organized in 2020.

Earlier this month, he took part in his first physical exhibition in Kolkata hosted by the Birla Academy of Art and Culture from April 7-10. “My first two portraits of Karl Marx and Karl Liebknecht were exhibited there and I received a prize for both of them,” he says.

And he won the trust of his parents when he commissioned his first commercial work – a 3ft by 4ft portrait – in Kashmir in 2020 for ₹40,000.