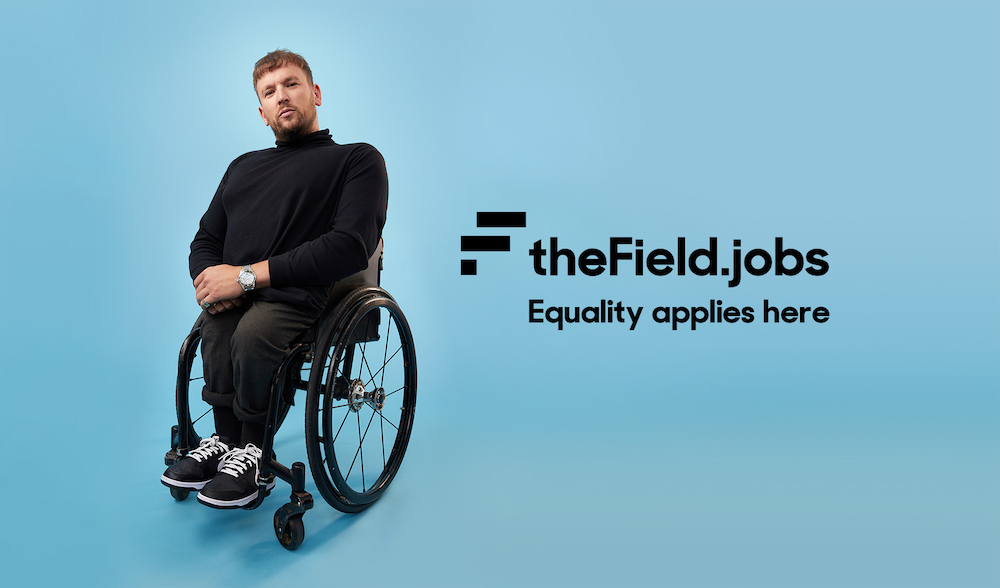 ‘The Field’, Australia’s new disability-inclusive jobs platform, built by and for people with disabilities, has been launched. A creative technology agency, whiteGREY led the launch of Field’s creative, strategy and content creation across TV, digital and social platforms.

The launch campaign begins with social assets, TVCs, outdoor and other digital assets hitting the market in early 2023. This campaign is the first to go to market since whiteGREY was named the official creative agency of Field plus early this year, following a hotly contested pitch. TVCs will be launched soon.

Magdalina Triantafyllidis, Managing Director of whiteGREY Melbourne, said her team was honored to work and learn from a company that aims to change the lives of people with disabilities seeking employment; plus have the opportunity to work alongside Australian of the Year, Dylan Alcott AM, (who co-founded the company), a person with values, integrity and the pursuit of a fairer society in his heart: “Sometimes in your career an agency goes to work for an organization with a purpose, such is the work we do for the field. The collaborative nature of our client relationship is phenomenal and I can proudly say that whiteGREY has evolved as an organization and has become more aware of the challenges people with disabilities face when seeking employment.

“Diversity and inclusion has always been part of our agency’s DNA, but our commitment to being inclusive feels even more genuine now that we’re working with Dylan and his team. We’re proud to say that whiteGREY will be a customer of the “First on Field” foundation for the field and we are looking forward to welcoming our first team member found through the platform.

According to Joe Hill, executive creative director in Melbourne, whiteGREY: “The creative process was unique. It has been strongly consultative, with inclusivity at its core. The Field has a nice philosophy of calling and not calling people. People with lived experiences were key decision makers and valuable consultants throughout the process and our creative ideas were largely generated directly from the experiences shared with us.

“We look forward to seeing the work hit the market over the next few months.”

According to Martin Alcott, co-founder of The Field, “The passion, energy, diversity and respect for whiteGREY was evident during the pitch process and that’s exactly what drew us to the team. We look forward to seeing the campaign hit the market and achieving our goal of ensuring the pitch has a positive impact on the Australian jobs market.

“Thank you to Field’s associates and consultants who shared their time, experiences and kindly nudged us, with a special mention to Scott Harris who heavily inspired one of the scripts directly through his lived experience.”

Launch of disability-inclusive platform The Field via whiteGREY