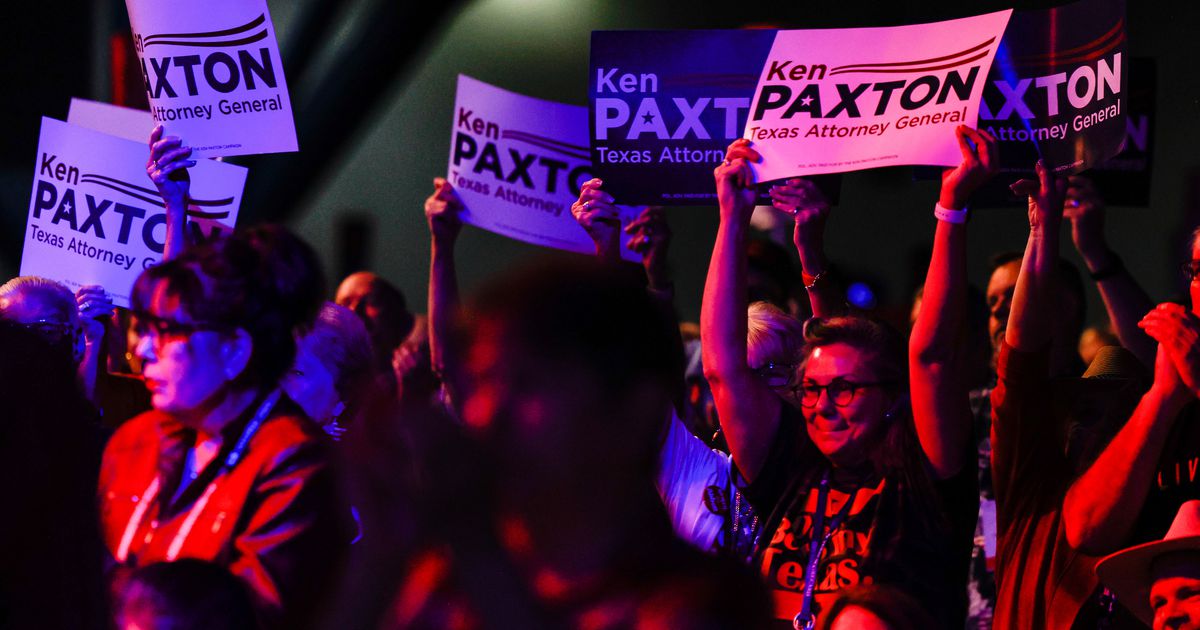 Call a cat a cat

In this memorable story, writer Gromer Jeffers refers to former President Donald Trump’s “2020 election grievances.” After nearly two years of searching for evidence and around 60 unsuccessful legal challenges, is it really that hard to call Trump’s “grievances” what they are — lies?

No room for young people

Dear Governor Greg Abbott, congratulations! You and Texas lawmakers have finally made the ban on safe abortions a reality. Here’s another reality you may also soon face: a mass exodus of young people from this state, seeking to make a living in places where it’s the 21st century, not the 19th century.

My daughter is an “A” student at one of our city’s prestigious public magnet high schools. She and her friends embody the qualities that employers are constantly looking for in this new world. But many of these students won’t even consider applying to our state’s outstanding institutions of higher education. It’s because your Texas is so disconnected from the rest of the world.

Once these young people are gone, they don’t come back — except, I can only hope, to vote.

Lieber’s column is an outstanding example of meaningful journalism and “the power of the pen.” Perhaps it will ring exceptionally relevant and true to Texas voters come November.

Ken Paxton has long represented political arrogance and personal hypocrisy at the expense of Texans. To me, Paxton and his ilk personify The Ugly American portrayed in the novel by William Lederer and Eugene Burdick which was first revealed to us in 1958.

Here is a vacation idea

We should have a new holiday the day Texas Attorney General Ken Paxton is removed from office. As head of law enforcement in the great state of Texas, he’s flouting rules and laws by declaring a new holiday – Sanctity of Life Day – and giving 4,000 state employees a day off. State.

It doesn’t matter which side of the fence you stand on Roe vs. Wade, a man can’t declare paid leave for himself without the approval of the Texas government. The real question is whether any of our state representatives other than Senator Jane Nelson will stand up. We know our governor won’t. We are the Wild West.

The letter missed the mark

Subject: “When the Wind Does Not Blow,” by Clifford and Alice R. Holliday, Monday Letters.

There is just enough truth in this letter for the whole thing to be considered factual. He hesitates on several points:

1. “We’ve already built oversized wind turbines and solar panels.” Is it possible, today, that a state the size of Texas has too many renewable energy sources? Experts say no.

2. “We have an unbalanced power grid.” We have many issues with our network, the main one being that Texas, unlike so many other states, has no ties to other state/regional networks. We are literally on an island.

3. “As we learned in February 2021, when the wind doesn’t blow, the windmills don’t spin.” This is a false assertion.

Due to a lack of winterization during this killing freeze, all power sources failed. “It was on every level,” said Bill Magness, president and CEO of ERCOT at the time. “We’ve seen coal plants, gas plants, wind, solar, all kinds of our resources go out and not be able to operate.” The wind turbines did indeed freeze. But so are natural gas wells. And the pipes. And the critical pipelines of coal and nuclear power plants. And equipment panels.

The good news: wind turbines can be winterized. Go renewable energy! They and solar are our future.

This June is confirmed to have been one of the hottest on record for much of Texas, as it was in May. Record temperatures are currently occurring around the world.

Texas leads the nation in methane emissions from our oil and gas fields, but our Republican leaders are doing little to reduce them.

These emissions are preventable, and scientists say the benefits of reducing methane in the atmosphere are significant: it would “particularly contribute” to reducing climate-related damage, according to a recent United Nations report.

When will we see the crying need for progress in protecting our planet? Instead, our Supreme Court just ruled to limit the government’s ability to fight this crisis. Madness!

Don’t let Biden off the hook

Re: “Maybe we can all reduce?” by Eric Jacobson, Saturday Letters.

Jacobson tells us that we should exercise self-discipline and drive less as a possible solution to soaring gas prices. Stay home, don’t travel far from home, order online instead of driving to support local businesses, etc. Yes, those are valid suggestions, but overall what he’s really saying is that we should just accept a lower standard of living and be happy with it.

I disagree with Jacobson’s statement that “there is really not much government can do,” and I am not letting President Joe Biden off the hook so easily. Instead of blaming oil companies for high gas prices, why isn’t the Biden administration using deregulation and tax incentives for oil companies to increase domestic production?

The answer is simple: Biden is fully committed to the clean energy agenda. There are solutions to rising gas prices, but don’t expect Biden to act on any of them.

We welcome your thoughts in a letter to the editor. Consult the instructions and drop your letter here.