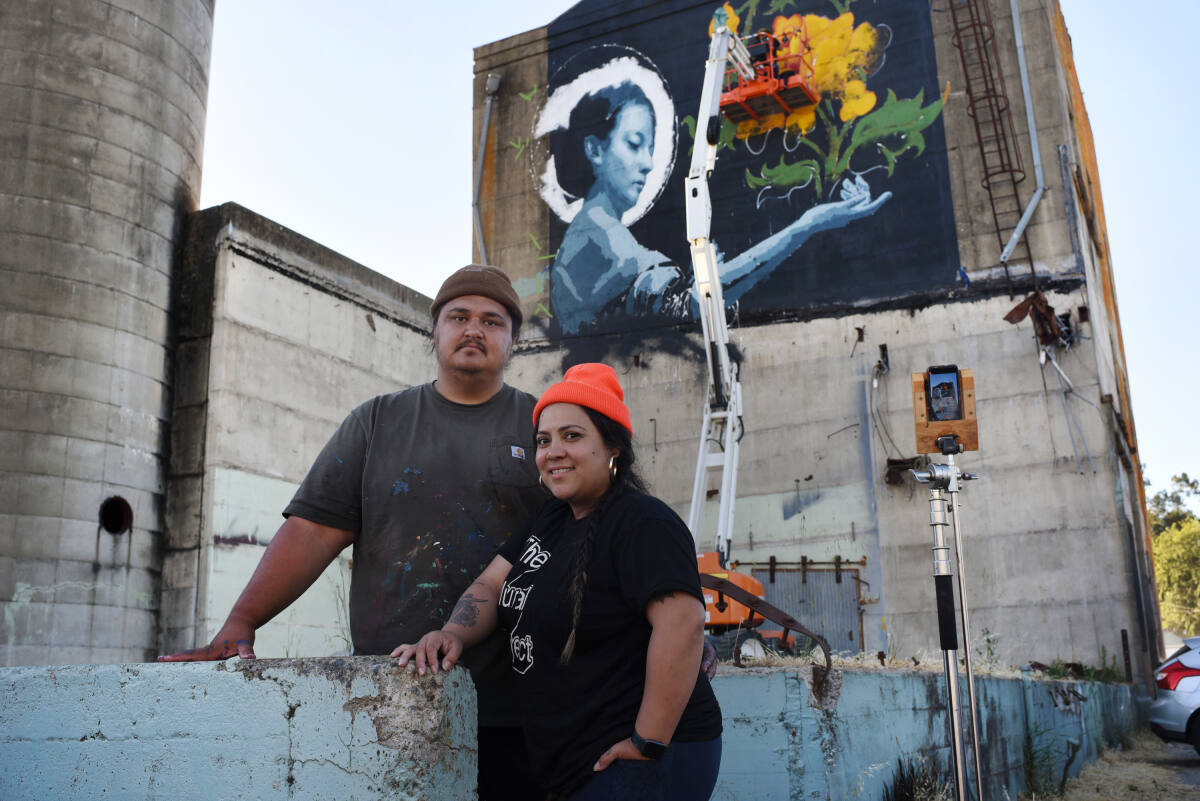 Motorists traveling along Sebastopol Road in Santa Rosa’s Roseland neighborhood this week may have noticed the ongoing mural festival, which has given several spots along the road an artistic makeover.

Led by Roseland-based artists MJ Lindo-Lawyer and Joshua Lawyer, who founded the nonprofit in early 2021 The mural project, the inaugural festival features nine artists creating eight murals within a one-mile radius. The art began appearing on June 20 and the festival will conclude with a free block party for all ages in conjunction with SOCO Market from 11 a.m. to 4 p.m. Saturday at Mitote Food Park, 665 Sebastopol Road.

Lindo-Lawyer and Lawyer met in 2011 while working as artists in San Francisco. In 2016, the two moved and settled in the Roseland neighborhood. The couple are primarily gallery artists, although they were inspired by local murals in 2019 and started creating their own large-scale art.

“It started off slow, then when COVID hit it took off because our availability was so free,” Lindo-Lawyer said.

In 2020, artists traveled to locations from Sacramento to Colorado to participate in festivals where artists came together to paint large numbers of murals in a concentrated area.

“We were really inspired by that and saw some really amazing talent, it really opened our eyes to try and do something similar here in North Bay,” Lindo-Lawyer said. “We wanted to change the public art scene and expand and diversify the type of murals that are featured prominently here in Santa Rosa.”

The first Mural Festival does just that, and the eight murals are just the beginning of what organizers want to incorporate into the neighborhood over the next few years.

“We will feel finished when there are no more walls in this area, and we will move on to the next location,” Lindo-Lawyer said.

All of the performers at the Santa Rosa festival are from the Bay Area, with many hailing from Sonoma County.

Oakland artist John Wentz, who has just spent the past six years in Paris, practically lived in an elevator shaft to paint his elevated mural at 1 Sebastopol Ave., where the street turns into Sebastopol Road at west of the SMART tracks.

Lynn met Lindo-Lawyer and Lawyer in San Francisco before moving permanently to North Bay a few years ago. In 2020, the couple asked him to be on the board of The Mural Project, “so I’m not just a muralist, I’m also part of this project.”

A muralist for 20 years, Lynn says she is dedicated to bringing art to the public.

“It’s art for everyone,” Lynn said. “It always helps to uplift communities and bring joy to an area.”

Lynn plans to name her piece, which covers three sides of the building at 180 Sebastopol Road, “Birds of Paradise”. The mural features local avian animals like blue herons, owls, quail, and others mixed in with the flora that represents the ambiance of the landscaping supply store.

While the artists were given creative control over their murals, organizers say that as curators they tried to match the artists to the businesses where the murals would live.

“It’s a neighborhood that we think could use public art, and there’s also a community that seems to be hungry for it,” Lawyer added. “Since Sonoma County is a tourist attraction when it comes to wine and brews, we want people to also look at what else they could do and hopefully realize that there is a group of paintings murals they can explore, then get the best Mexican food possible in the and experience an adventure more alive than swirling glasses.

The Mural Festival wrap-up party on Saturday promises to be a lively experience, with nearly 40 vendors and artisans, activities for all ages, local food and adult drink for sale and all the festival performers on hand to show and share their art.

“It’s a chance to meet the muralists who set aside two weeks to install these pieces,” Lindo-Lawyer said.