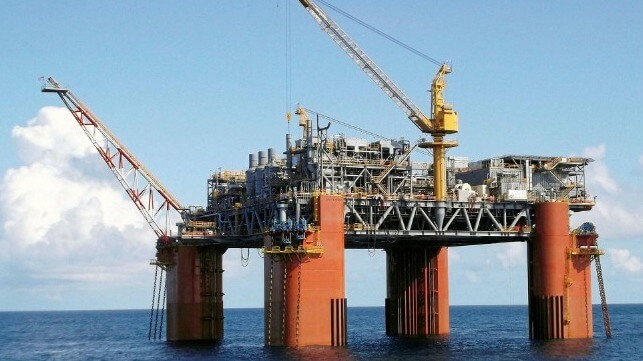 Just in time for a scorching energy market, Murphy Oil has brought its new Kings Quay platform on the US Gulf of Mexico online.

Kings Quay is the floating production platform for the Khaleesi, Mormont and Samurai fields in the GoM’s Green Canyon deepwater concession area, approximately 100nm south of Port Fourchon. Production is now online and Murphy is completing the completion of five more wells that will feed the platform.

“This has been one of our strategic projects since we acquired the Khaleesi/Mormont assets in mid-2019 and integrated our Samurai discovery into the overall development,” said Murphy Oil CEO Roger W. Jenkins, in a statement. “Bringing production online is expected to generate significant free cash flow, allowing us to continue delivering with $600-$650 million of targeted debt reduction this year.”

Jenkins said production from Kings Quay will continue to increase through 2022 as new wells come online. According to KeyBanc analyst Leo Mariani, the initial production target for the Khaleesi/Mormont/Samurai complex is 20,000 bpd, but that could increase. With US oil benchmark West Texas Intermediate (WTI) at just over $100, this equates to an initial revenue stream of $2 million per day. The platform is designed to process up to 85,000 barrels of oil per day.

Although Murphy is the operator of Kings Quay, it has no ownership interest in the project. As part of its efforts to adapt to the realities of the pandemic, in 2021 it sold its entire stake in the development to ArcLight Capital Partners. However, it remains in charge of putting the platform online.

Two other major projects are expected to come online this year, BP’s Mad Dog Phase 2 and Shell’s Vito field. Both are significantly larger than Kings Quay. Three other small connection projects are on the program. According to a recent forecast from S&P Platts, US government oil production is expected to exceed 2.0 million bpd by the end of the year, up from around 1.7 million bpd today.

Calgary Stampede 'optimistic' ahead of carriage canvas auction on Tuesday