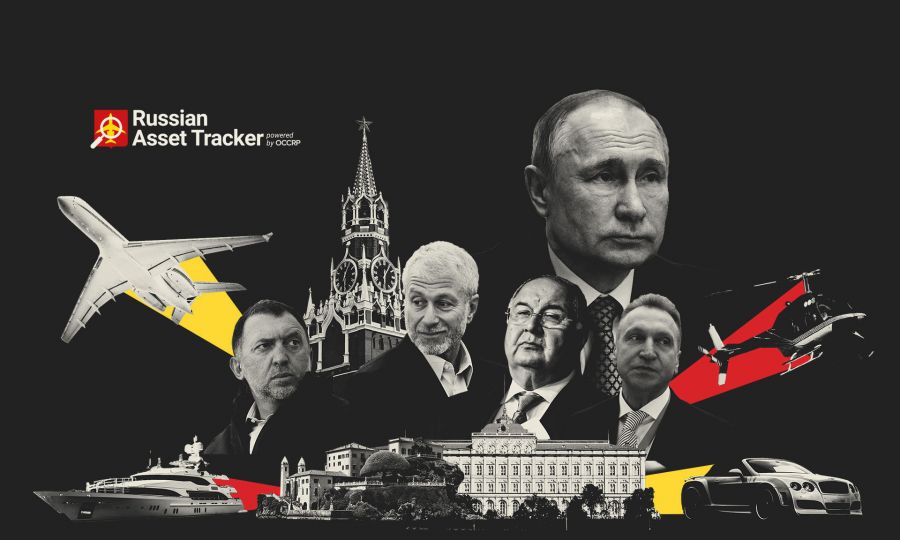 A nonprofit reporting network on Monday launched the Russian Asset Tracker, a database to track the assets of prominent Russians with ties to Vladimir Putin.

It is “the most comprehensive public database of oligarch assets to date,” according to the Organized Crime and Corruption Reporting Project, which worked with 27 news outlets to launch the tracker. The tool is interactive and displays “the immense wealth held outside Russia by oligarchs and personalities close” to the Russian president.

“Russia under Vladimir Putin has been controlled by a very small group of people, enablers who keep him in power while benefiting from his patronage system at the expense of the Russian people,” said OCCRP editor Drew Sullivan, in a press release.

This system has come under intense scrutiny since Putin’s invasion of Ukraine, as Western governments have sought to freeze the assets of Putin and oligarchs abroad – and stop them from traveling. The aim is twofold: the sanctions act both as a punishment for the Russian ruling class and as a cudgel in an attempt to force Putin to back down.

The idea was conceived in February just before Russia invaded Ukraine, according to the Guardian, which is part of the project. The project was launched with “a list of 35 people named last year by imprisoned opposition leader Alexei Navalny as ‘main catalysts and beneficiaries of the Kremlin’s kleptocracy'”.

Just three weeks after the invasion, “27 of these people are under sanctions in the United States and Europe. Seven others have been blacklisted in Canada,” the Guardian wrote.

One of the people on this list of 35 is Roman Abramovich, a 55-year-old man with an estimated worth of $13.5 billion. Despite not being sanctioned by the UK and denying any connection to Putin, Abramovich recently announced he was selling his Chelsea football club, which he acquired in 2003. The Database from the OCCRP shows he has at least $7 billion in assets, including a beachfront property in the posh French Riviera, a Bombardier private jet and several properties dotted around London.

Others included in the database are businessman Alisher Usmanov, Igor Sechin (CEO of Russian oil giant Rosneft) and Oleg Deripaska, a billionaire who made his fortune in the aluminum business.

OCCRP has released other revealing revelations in the past, including a damning report on Credit Suisse that detailed clients including criminals, alleged human rights abusers and parties subject to of penalties. The Swiss bank rejected its report.