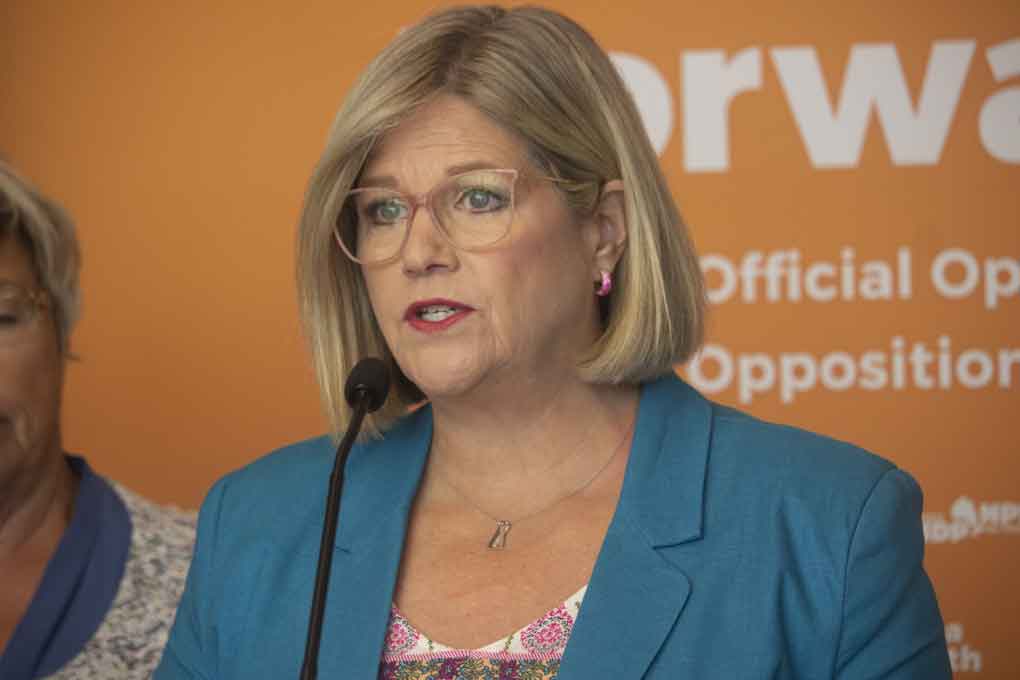 TORONTO – POLITICS – The NDP has released a comprehensive election platform that outlines a plan to fix the issues that matter most to people – including expanding OHIP so people can get mental health care, dental care and prescriptions with their OHIP card, not their credit card.

“The last few years have been difficult. People are waiting in pain because our healthcare system is on its knees. And people are working harder than ever as the cost of living and the cost of homes are getting in the way,” Horwath said.

“But it really doesn’t have to be that way. Ontario is the best place in the world to live, and together we can begin to fix the things that have been broken, the things that matter most to ordinary people.

The NDP platform is committed to providing universal mental health care, as well as Canada’s first true pharmacare program. It also complements and extends the new federal dental plan. These moves will save families thousands of dollars each year and ease the pressure on Ontario’s emergency rooms.

It invests to recruit, retain and reintegrate healthcare workers with better wages and working conditions. The NDP will hire 10,000 personal support workers, 30,000 nurses and more. Horwath is also committing to hire 20,000 more teachers and education workers to reduce class sizes and give every child more support and opportunity.

The party’s fiscal framework includes a pledge to freeze income taxes for low- and middle-income households for four years, and instead demand that multi-millionaires and big corporations who exploit tax loopholes pay their fair share .

“Doug Ford’s cuts won’t fix it. He will continue to give his buddies whatever they want, no matter what it costs us. And people can’t trust Steven Del Duca’s Liberals to fix what they helped break. They were 15, and chose not to make things right when they had the chance. They cut health care and fired 1,600 nurses. They sold Hydro One. They made life more expensive. People always pay for their choices,” Horwath said.

“It’s a platform that works for people. We don’t promise the moon and stars. We promise we’ll work for you – and if we come together, we can defeat Doug Ford and put ordinary families back on track. It’s a practical and achievable plan that means hope is on the way.

The NDP has already released three comprehensive platforms: Homes You Can Afford, a strategy to control home prices; Climate. Jobs. Justice: A Green New Democratic Deal, a strategy to be a Net Zero province by 2050 and create hundreds of thousands of jobs; and Aging Ontarians Deserve the Best, a concrete plan to finally put home and community care and long-term care back into public, not-for-profit hands and protect the quality of life of seniors as they age. .

In Rixy's world, cardboard beats canvas and women are fierce