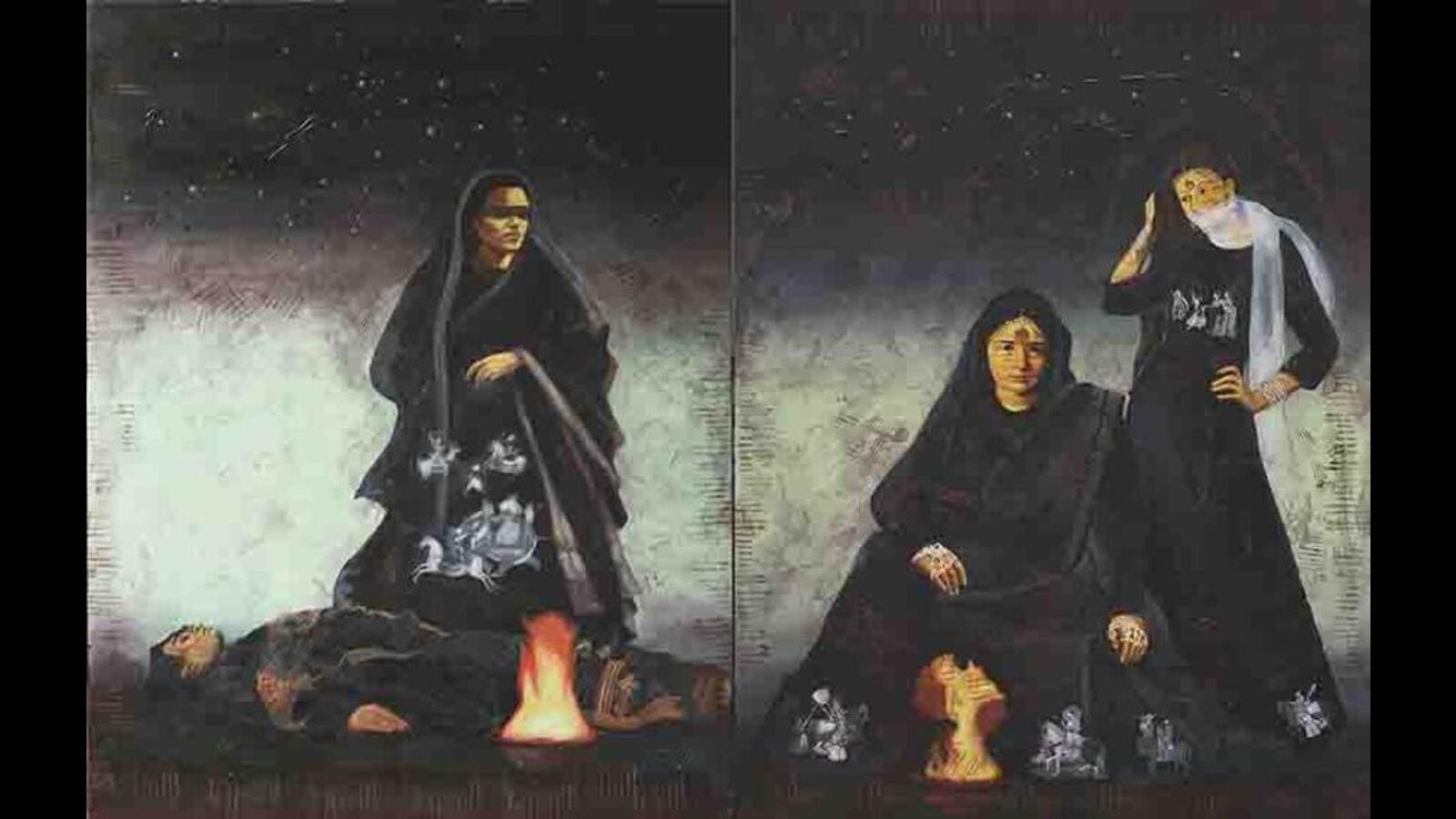 The Mahabharata has many facets and many lessons to learn. Bringing a slice of this epic into art form is an ongoing exhibition, Exploring The Epic Mahabharat. An amalgam of pieces representing a condensed version of 18 episodes, the exhibition, curated by Jyotirmoy Bhattacharya, presents the works of artists Aditya Basak, Jaya Ganguly, Chandra Bhattacharjee and Samir Aich.

Basak, too, recreates episodes from the epic in his works. “The intricacies of politics, war and how this epic is portrayed are unparalleled. So it was a big challenge. Through my works, I wanted to reflect the emotion, the tragedy and the war of this story. In one of my paintings, called Oath, there are two warriors on each side and in the middle, there are five brothers taking an oath of war. I wanted to depict the destructive part of the war with the five brothers who are ready for the dharma yudh.

“The message this exhibit sends is that the Mahabharata is not just an epic that happened in our civilization centuries ago, but an event that continues to unfold and continues to unfold in our society to this day. today. Through their paintings, the artists not only speak about subjects from the epic, but also about what is relevant now,” says Saurabh Singhvi, Gallery Director, adding, “The exhibition correlates the epic in contemporary times.It is not only limited to India but also has significance abroad.

What: Exploring the Mahabharat epic