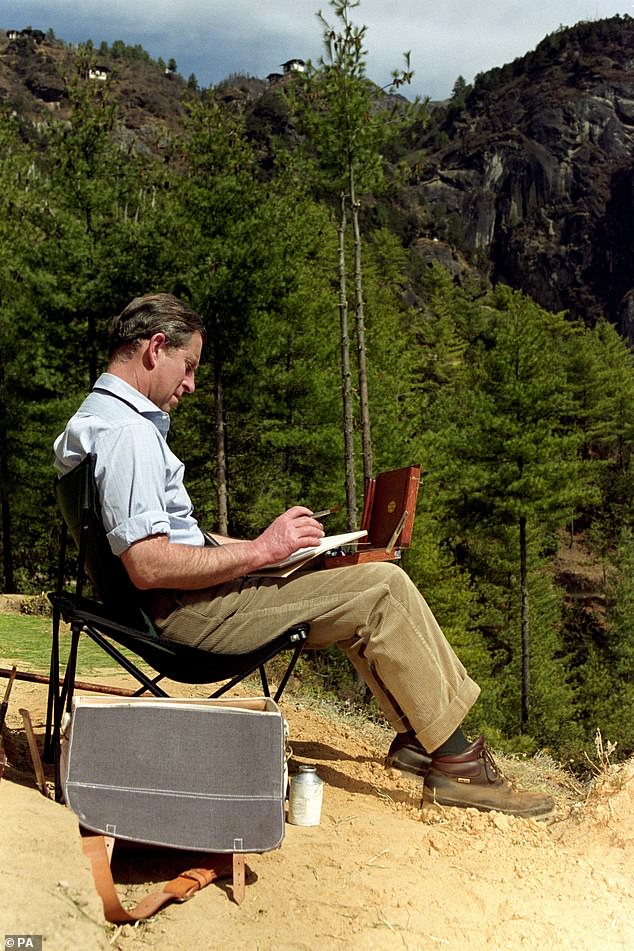 ‘Painting transports me to another dimension’: Prince Charles recounts his love of relaxation with a canvas as a full exhibition of his works opens

Prince Charles has told how he finds painting so relaxing that it “transports me to another dimension”.

The paintings depict Scottish landscapes such as the Huna Mill at John O’Groats and Glen Callater near Balmoral, and scenes from southern France and Tanzania.

In a billboard, Charles says the hobby “refreshes parts of the soul that other pursuits cannot reach”.

He adds: “You become more and more aware of things that may have escaped your attention before – the quality of light and shadow, tone and texture and shape of buildings.

“All of this requires the most intense concentration and as a result, it is one of the most relaxing and therapeutic exercises I know.

“In fact, in my case, I find it transports me to another dimension which literally refreshes parts of the soul that other activities cannot reach.

“I started painting entirely because I found photography less than satisfying.

“I felt an irresistible urge to express what I saw through watercolor.

“I discovered very quickly how incredibly difficult it is to paint well in such a spontaneous medium. 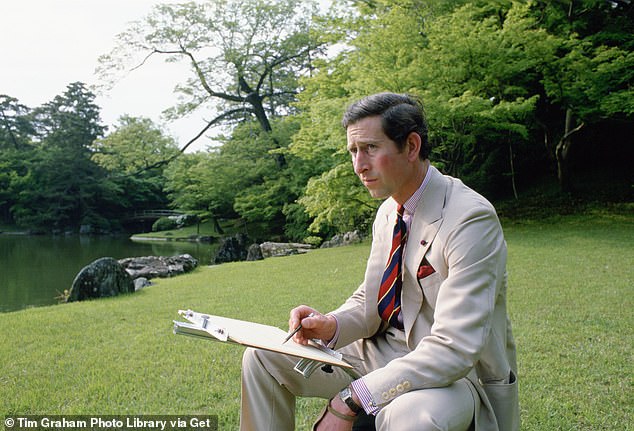 Prince Charles sketching in the gardens of Omiya Palace during a break from his official tour of Japan, May 1986

“Now thinking back to those early sketches I did, I’m appalled at how bad they are.”

He adds, “I have no illusions that my sketches represent great art or budding talent.

The exhibition in the Prince of the Chapel’s foundation space started before Christmas and reopens on Mondays until February 14.