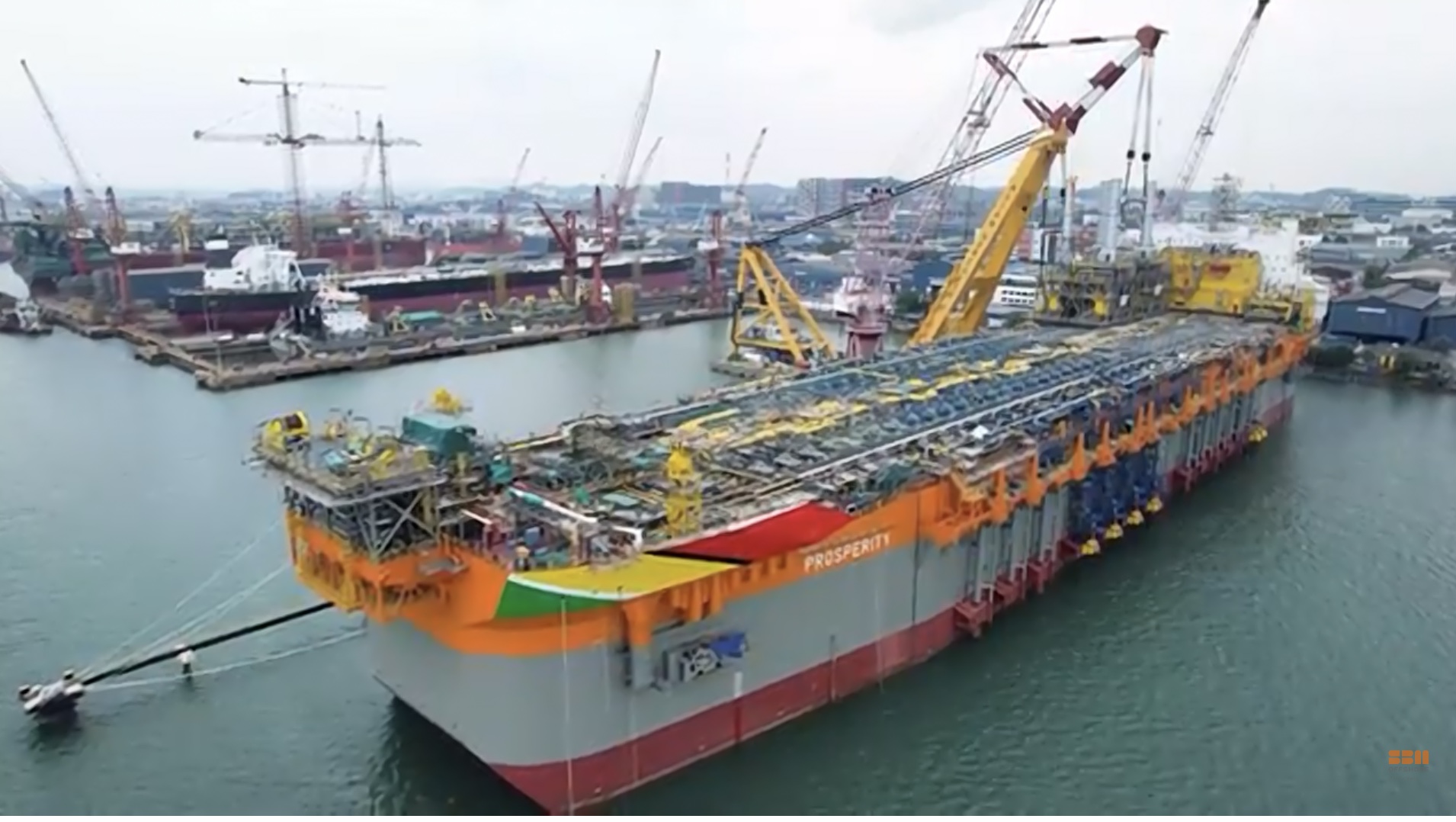 Dutch company SBM Offshore has shared a YouTube video of the lifting and installation of the first topsides of FPSO Prosperity – which will be Guyana’s third oil rig – at the Keppel Offshore & Marine shipyard in Singapore.

According to Rigzone, the FPSO left the drydock in early April. The second Fast4Ward FPSO built by SBM Offshore in February has moved to dock for the topside integration phase.

The hull of the FPSO Prosperity arrived safely at the Keppel yard in Singapore in August last year. Rigzone said dry docking activities that began in the fourth quarter of 2021 included the installation of major structures that will support mooring and underwater risers. The integration of the Topside module was the next phase.

Both units are producing oil on the Liza field in the Stabroek block, while Prosperity FPSO will be deployed on the Payara field and are expected to produce around 220,000 barrels of oil per day.

A one-eyed cat hides on an oil rig