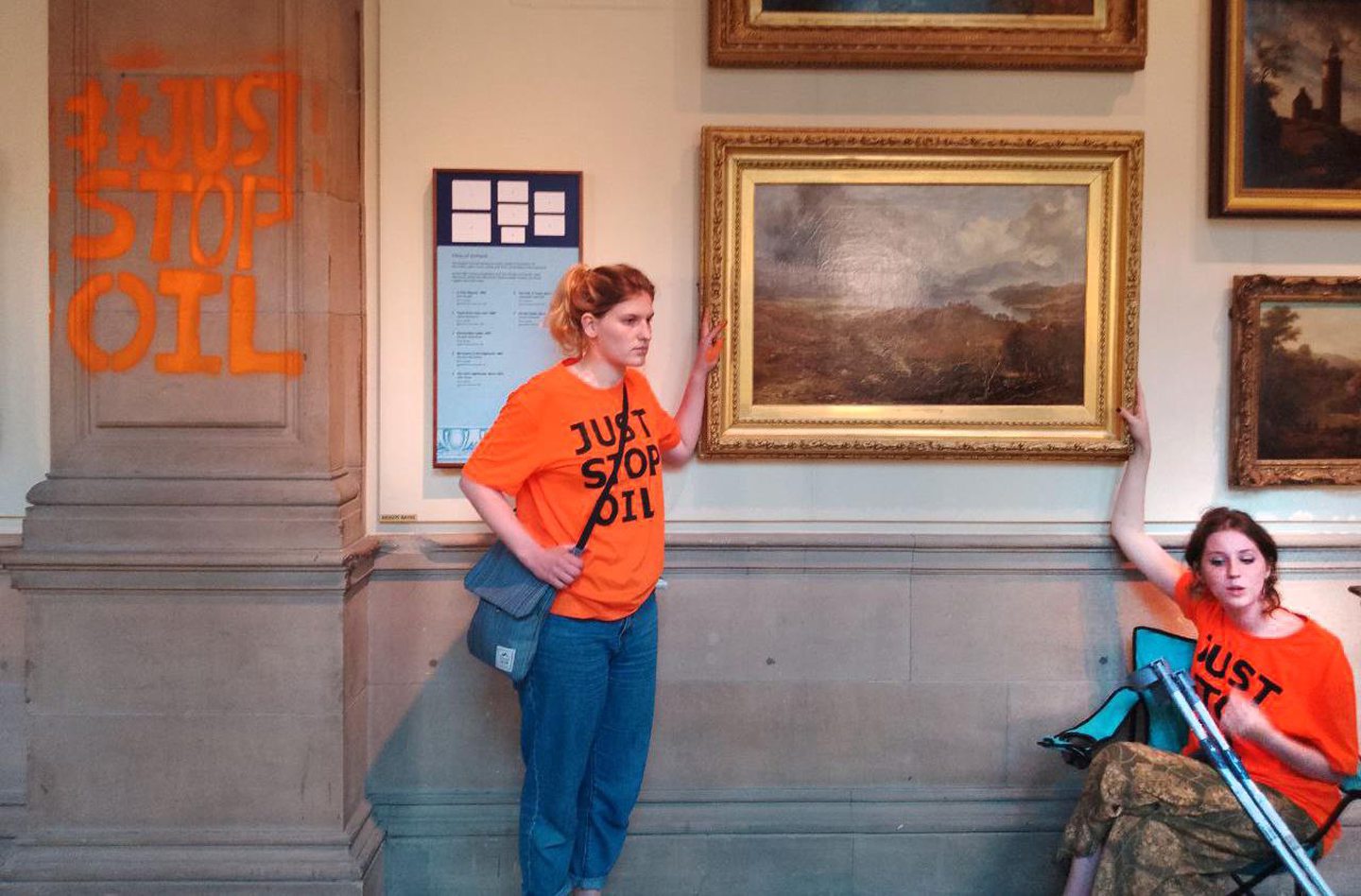 Protesters from the group Just Stop Oil glued themselves to works of art in the Kelvingrove Art Gallery and Museum in Glasgow, demanding that the government halt new oil and gas developments.

Three supporters of the group spray-painted messages around the gallery, while two glued themselves to the frame of a 19th-century painting.

Painted by Horatio McCulloch, the work is called “My Heart’s in the Highlands”.

In a report Just stop the oil called on the government to “stop new oil and gas” and on arts institutions to join them in “civil resistance”.

Emma Brown, 30, a graduate of the Glasgow School of Art, said she was taking action partly because “art institutions are failing us”.

“They seem to think it’s enough to mount an exhibition on climate change rather than challenge the government’s genocidal plans to allow new oil and gas. This is unacceptable, it is not enough to be informed as a citizen, you have to be active.

“If you are more angry at the action than at the mothers dying of heat stroke in India leaving orphaned babies crying for breast milk, or at the millions of families in the UK struggling to buy food because of fossil fuel profiteering by the rich, so you need to get your priorities straight. What could be more invaluable? This work of art or the life of your children? »

Hannah Torrance Bright, 20, a current student at the school, said she was “outraged” and felt she had “no choice” but to resist what she described as the “genocidal plans” of the government.

A spokesman for Glasgow Life, the gallery’s operator, said it closed early due to protesters and conservation teams would work with police to determine the extent of the damage.

Earlier this month, activists from the group painted over a UK government building, saying it had “blood on its hands” after approving the Jackdaw gas field.

The action in Glasgow was launched following a damning report by the Committee on Climate Change (CCC) which warned that the government’s current plans to tackle global warming will not meet the legal targets for climate change. reduction of emissions in the decades to come.

The CCC said it had seen “major failures in delivery programs towards meeting the UK’s climate targets”, and that more should be done to improve energy efficiency.

Committee chairman Lord Deben added: “In the midst of a cost of living crisis, the country is crying out to end its reliance on expensive fossil fuels.

“I welcome the government’s renewed commitment to net zero, but the holes in its strategy need to be patched urgently.”