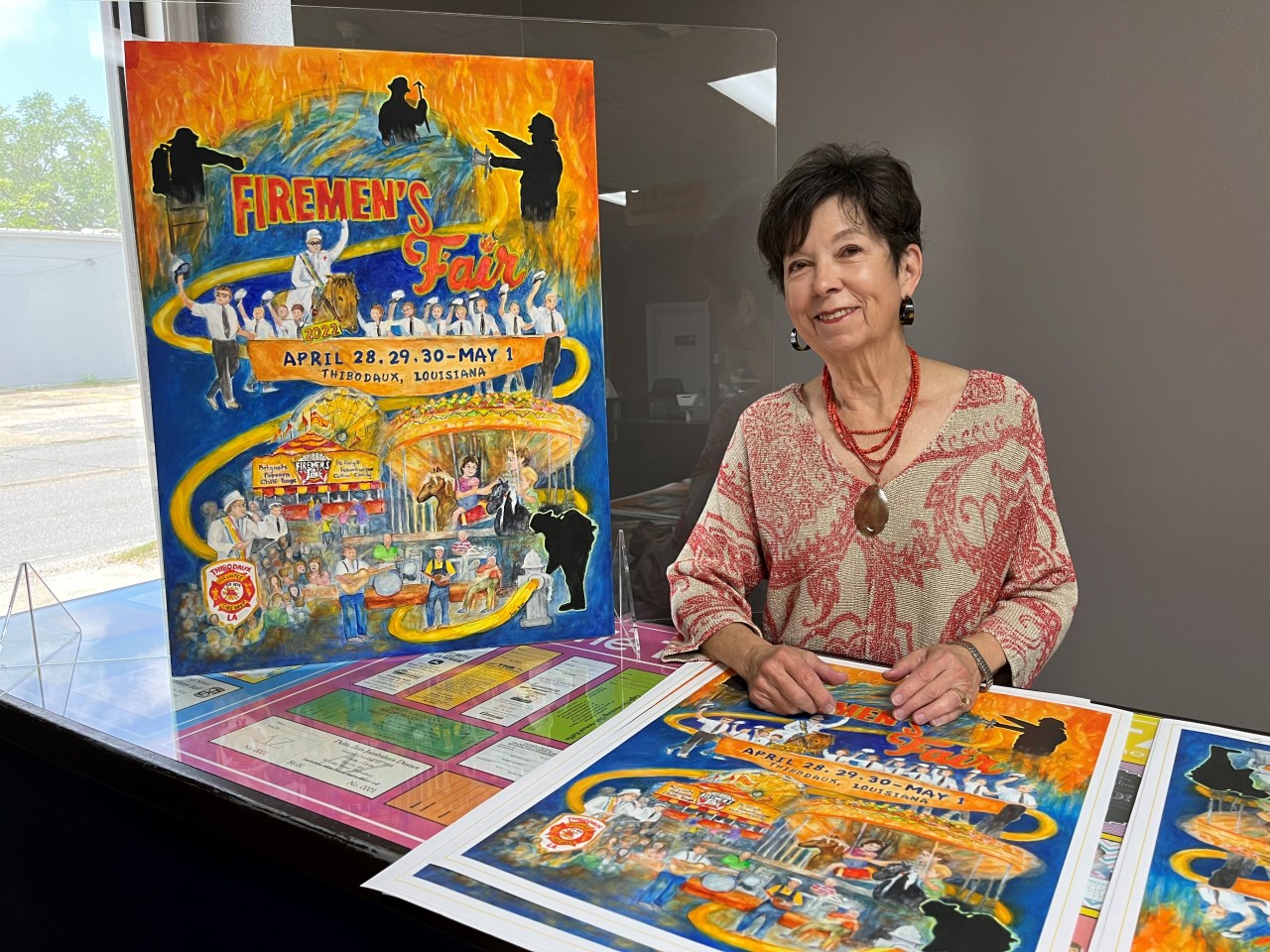 THIBODAUX (WGNO) — One thing that is used to generate interest in the Thibodaux firefighters’ fair is the annual poster. An artist is chosen to represent the firefighters’ fair. WGNO’s Kenny Lopez spoke with artist Jean Ayo about his most recent artistic masterpiece.

“I wanted some continuity between the firefighters and the fair, so I started at the top with the fire,” Ayo said.

Artist Jean Ayo used bright colors to paint this year’s firefighter fair poster and it sizzles on the canvas.

“Two of my favorite colors are orange and blue, so those are the two main colors,” she said.

She paired orange with fire and blue with water and weaved it all together with the firefighter theme.

“So there’s a hose that comes from the fire hydrant downstairs and runs through the whole poster,” she said.

Jean spoke with this year’s Grand Marshal, Danny Cavell, to incorporate some of her fond memories and she brought those memories to life.

“One of his favorite memories was his daughter and her friend on the carousel, he wanted me to include that,” she said.

Looking at the poster, you will see a promenade, a parade, rides, an auction and much more.

Another thing you’ll notice in Jean’s art is a depiction of a tradition at the firefighter’s fair where the firefighters all pull their hats off to salute the Grand Marshal.

Jean says this poster is a way for her to honor and salute firefighters with her labor of love.

“I think it’s because it connects me to the community and I contribute to the people who work so hard for us firefighters,” Ayo said.

“I love the idea of ​​representing firefighters,” she enthused.

Tribute to the heroes who use water, she honors them through watercolors.

These posters are limited edition. There are only 50 signed copies available for sale at $40. If you want to buy a poster, click on HERE.