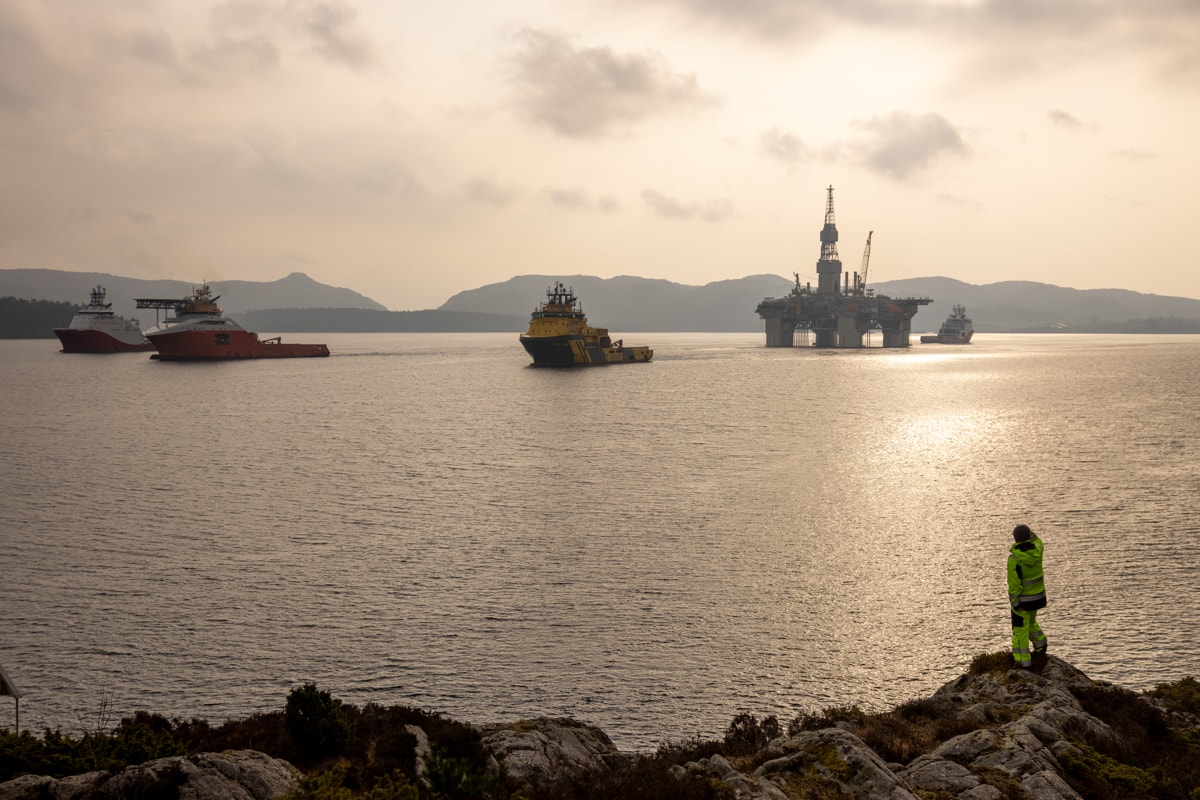 After nearly six years, Norwegian oil and gas giant Equinor has completed the refurbishment of the Njord A platform and towed it to its field in the Norwegian Sea for another 20 years of production.

The Njord field began production in 1997, which was originally scheduled to operate until 2013. To extend the life of the field, Equinor decided to upgrade and modify the field facilities, the Njord A steel floating platform and the Njord Bravo storage tank.

Therefore, in 2016, production was temporarily stopped, and preparations for the upgrade work began as part of the Njord Future project, which should link the new discoveries to field facilities. The rig was towed from sea to shore and then moved to dry dock in December 2016.

Since then, significant improvements have been made to the rig’s hull and deck to extend its service life by another 20 years of production. As part of the upgrade, the platform was prepared to bring nearby fields Bauge and Fenja in flux. Initially, the platform was to be delivered in the spring of 2020. However, the Covid-19 pandemic caused delays in the project.

Finally, in March 2022, oil services provider Aker Solutions completed and delivered the Njord A drilling and production platform to Equinor.

After completion, the towing of the rig, which was described as Norway’s largest renovation projectin the field began on March 22.

Last week, Equinor shared a video and update on the project, saying the Njord A platform was once again safely anchored on the Njord field. Once the offshore part of the work is completed, the field should be commissioned – again – in the 4th quarter of 2022.

Project Director of Equinor Njord Field Development, Tanja Tora Blekastadmentioned: “We have so far produced half of the estimated total reserves, so a substantial volume is left in the ground. Such a rig upgrade definitely pays off.