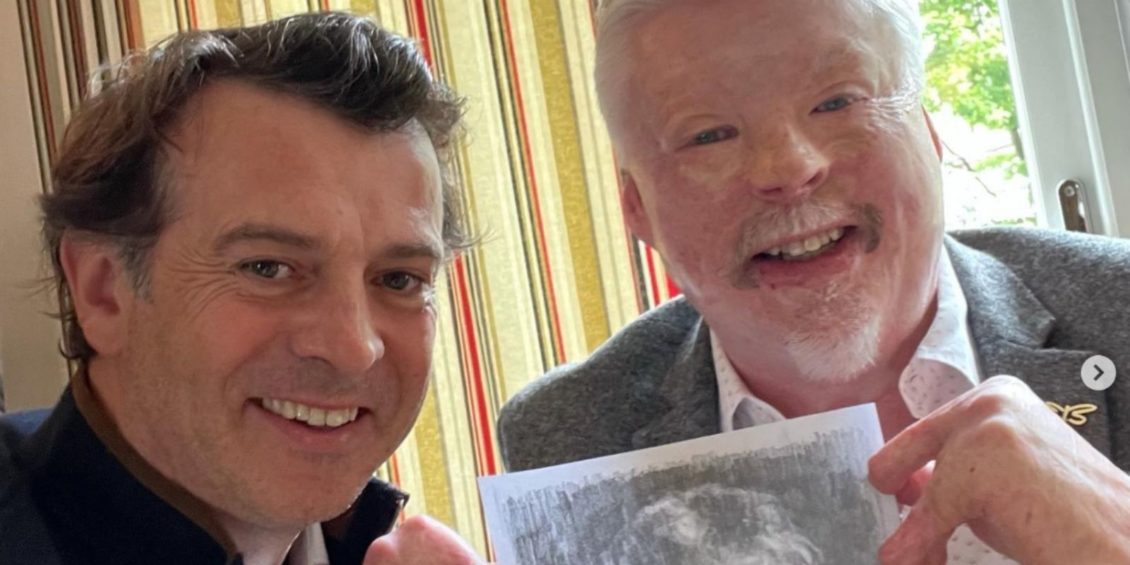 A new art exhibition commemorating four decades since the Falklands War will bring together a collection of poignant pieces inspired by memories and images collected by military veterans who fought in the conflict, including Simon Weston. Proceeds from the collection will be donated to the Army Benevolent Fund (ABF).

April 2022 marked 40 years since British tri-service forces deployed to the small, diplomatically laden British territory off the coast of Argentina following a surprise invasion by Argentine forces. Before an eventual ceasefire was declared on June 14, 1982, a total of 255 British servicemen were killed during the liberation of the Falkland Islands. British forces are still present on the islands to this day.

‘The Art of War’, a day-long exhibition on Saturday May 28 at Pangbourne College, will feature 12 paintings by renowned British artist Jeremy Houghton, the official artist for the 40th anniversary of the Falklands conflict, which has worked closely with a number of veterans to translate their stories into a series of artworks. Created in a number of mediums, including oils, watercolors and sketches in Jeremy’s signature style, the pieces will contrast light and space to create a sense of movement and time, often capturing snapshots shadows of the reality of war.

The collection is not the artist’s first to have a military connection, having previously been commissioned to paint a portrait of the Queen as part of the 2009 Gentleman-at-Arms Quincentenary as well as residencies with regiments, including the Royal Lancers at Windsor Castle. Jeremy also took on the prestigious role of Artist-in-Residence to Prince Charles at Highgrove and then Her Majesty The Queen at Windsor Castle.

Speaking of his inspiration behind the collection, Jeremy says: “As a child in the early 80s I vividly remember seeing images of the Falklands on the news and in the newspapers. It was the first time that I really saw the war documented in this way, far from the history books and broadcast directly in our living rooms. I think that’s one of the reasons why conflict has always fascinated me.

“It is the stories of these often anonymous soldiers that I saw on television so many years ago that I wanted to tell through this exhibition, to show snapshots of the war through their eyes. Working with veterans on this project has been incredibly eye-opening to me, and I am so grateful to them for sharing their stories and memories to help me shape a picture of their war.

“Forty years later, we unfortunately find ourselves in much the same situation, turning on our televisions to images of conflict. It is this idea of ​​watching another moment in history unfold from afar that makes this anniversary all the more poignant and makes exhibits like this all the more important, which will capture the lived experiences of those who have lived.

“ABF has been extremely helpful in connecting me with veterans including the enigmatic Simon Weston whom I had the privilege of drawing at his home last month and I am delighted to donate the proceeds of the exposure to the charity that does such amazing things work to support serving soldiers, veterans and their families.

After Pangbourne, the exhibition will be presented to the public at the Art Cotswolds gallery in Chipping Campden.